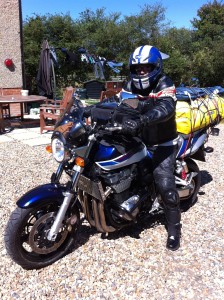 Steve has been riding since he was 16 years old, with his first two wheels, a Honda SS 50, progressing to a GT 185 which was the love of his life. The biking passion has continued, whether on the road or off road. His current bike is a GSX1400 called Vivien, it is a utter utter b****d, going from 0 to you don’t want to know in seconds (when safe to do so).

He’s been a instructor since 2009, deciding from day one that this was the job he loved doing. He is also a member of several vintage trials bike clubs, owning an Ossa MAR, TY175 and can often be seen going through ditches and ploughing up muddy fields in the interests of sport! He also rides a 1981 Kawasaki KH 125.

He has a lot of experience at both CBT and DAS level, has a fantastic pass rate, with 50% of the training package taking place in Ipswich close to the test center, enabling students to feel familiar and confident with potential test routes. 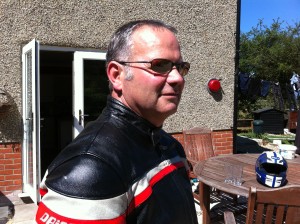 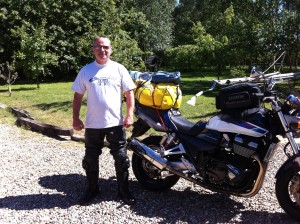